Before becoming a truth and mysteries author, Andy Thomas worked with David Swingland composing and recording music, from electronic instrumentals to soulful pop songs, for different projects between 1982–1996. The Thomas and Swingland YouTube channel (link below) collects together some of the highlights from the later period of this work. Andy also worked as a gigging keyboard player for over three decades. 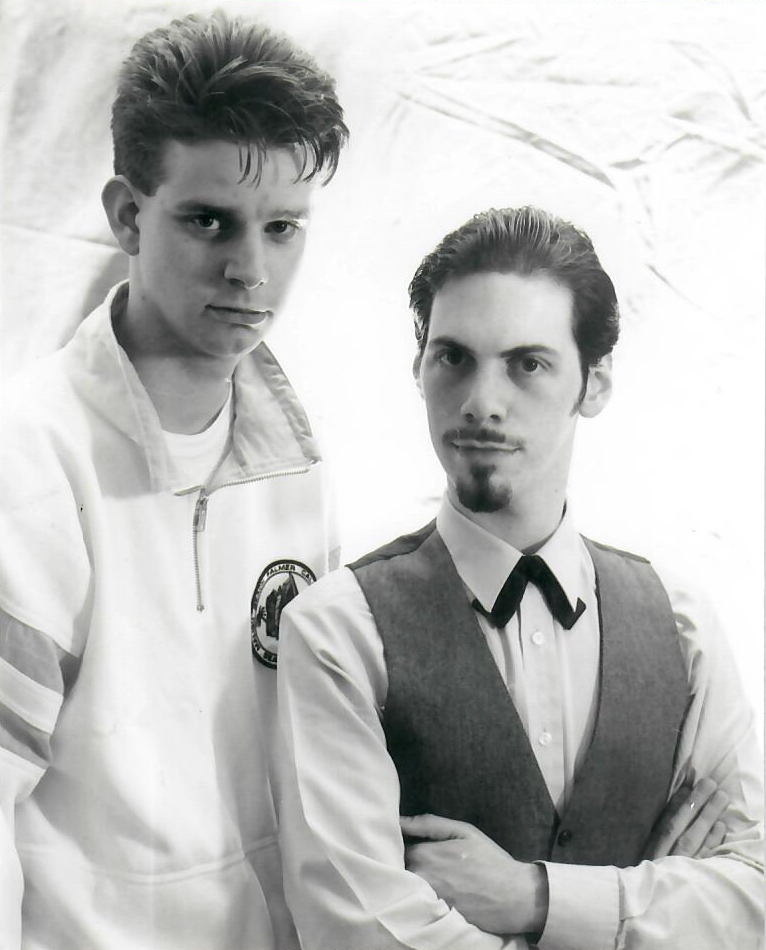 Andy and David [pictured left in mid-80s style] met at school and, fascinated and inspired by modern music, started working on instrumentals and songs together in 1982 while in their late teens, using very basic equipment (originally real bass and keyboards). They soon learned the art of composing and recording pop and rock and built up their skills and the use of technology to go on to create an eclectic repertoire of distinctive and compelling pieces.

With Andy on vocals, after a brief period of gigging they became a purely electronic studio act and eventually experimented with using a number of different female singers, finally settling on the extraordinarily expressive skills of Nicki Catterall [pictured below] between 1992 to 1995. Discovered through a classic Melody Maker advert, for all her remarkably mature tones Nicki was in fact only 18 when she started recording with Andy and David. Her distinctive style increasingly influenced the sound and direction of the tracks composed from thereon, some of which lyrically anticipate themes from Andy’s later books.

At the same time, in the early 1990s Andy and David also produced two mainly instrumental atmospheric themed albums playing on the new ‘alternative’ ideas Andy had become involved with and which would soon become his primary focus. Putting them out on their own ‘31860’ label, 1992’s Music for Crop Circles and 1994’s Earth Changes albums were commercially released in the UK and US as cassette albums. They also provided music for some corporate videos and the short movie Galvani’s Monster, directed by Matt Losasso, now a much-respected creator of commercials and films. 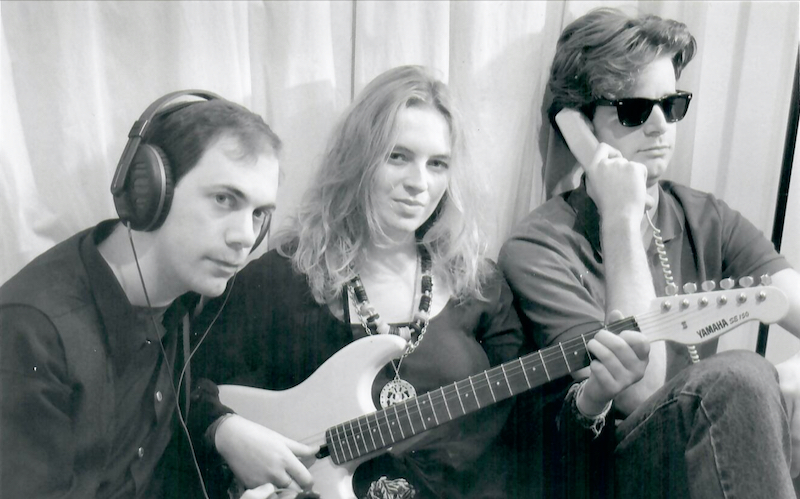 Despite interest from both EMI Records and the East West label, and glowing reviews from music magazines, ultimately pop chart fame was not to be for Andy and David but they remain satisfied that much of what they produced stands the test of time. Both instrumental albums are available to listen to (as playlists) on the Thomas and Swingland YouTube channel, with new videos created in 2021, while the best of the songs from this period and a few extra instrumentals (and one new 2019 song from Andy) can also be heard there.

Go to the Thomas and Swingland channel here or run the playlists directly below:

Some videos of Andy’s very different-sounding (and rather less slick) career playing rock and pop covers in pubs and clubs with guitarist Phil Light, meanwhile, can be found on the Sussex Live YouTube channel.