Andy Thomas is one of the UK’s best-known authors and lecturers on unexplained mysteries, global cover-ups and free expression, and is author of The New Heretics and the acclaimed books The Truth Agenda, Conspiracies and Christmas, among other titles. He also lectures on history and British folklore and speaks extensively in Britain and around the world at both ‘alternative’ and mainstream events. His books have been widely praised as the finest available overviews of their subjects. 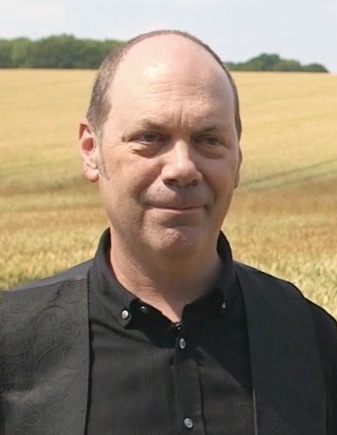 For three decades Andy has investigated many enduring truth and mystery subjects in a balanced and fair way, including conspiracy theories, freedom issues and paranormal subjects such as crop circles, UFOs and other enigmas, always finding tantalising middle-ground to evoke animated discussion. He also speaks passionately on mainstream history and folklore. Andy has appeared on many popular radio and TV shows including major UK spots on The One Show, Richard and Judy, Esther, GMTV and Sky TV’s hit series Pineapple Dance Studios, and on US shows such as Caught on Camera, with appearances on The History Channel and National Geographic Channel. He also featured in the US cinema-released documentary Crop Circles: Quest For Truth.

Andy’s latest book, The New Heretics, published by the renowned Watkins Publishing in December 2021, is a brave and timely stand for real freedom of expression and an encouragement to establish genuine understanding of all those who question orthodoxy, whether they are agreed with or not. A better way forward – one that doesn’t sanction blanket censorship – must be found. Andy’s earlier book Conspiracies: The Facts – The Theories – The Evidence was also published by Watkins Publishing in 2013 and updated in 2019 and has become a crucial overview for many people. It has appeared in several global editions, including Chinese and Czech translations.

Andy is author of several books exploring the unexplained, most famously The Truth Agenda: Making Sense of Unexplained Mysteries, Global Cover-Ups and Visions for a New Era. First published in 2009, it has seen several revised and updated editions since, including a US edition in 2015. The book has been a hit in both ‘fringe’ and mainstream circles, and was adopted as a sociology textbook at Canada’s Vancouver Island University. 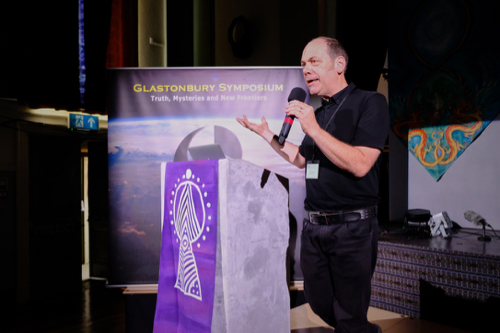 Meanwhile, Vital Signs: A Complete Guide to the Crop Circle Mystery, has been described by many as the definitive guide to the circle controversy and was nominated for Kindred Spirit magazine’s 2002 Best Book award. His book An Introduction to Crop Circles has also been a bestseller in many British tourist outlets.

Andy is also author of the celebrated book Christmas – A Short History from Solstice to Santa, published by Ivy Press as a hardback in English speaking countries in 2019, and as a Spanish edition by Alma in 2021. He is also author of four books on Sussex history. See Books for more information on Andy’s writings.

Andy has written for many journals and magazines, including Kindred Spirit and New Dawn, and he regularly contributes to the popular alternative journal Nexus Magazine. Andy is the founder of Vital Signs Publishing, which has produced Geoff Stray’s influential book Beyond 2012: Catastrophe or Ecstasy and Richard Smith’s A Future World Vision, both edited by Andy.

One of Britain’s most prolific lecturers, Andy is renowned for his striking and persuasive presentations on ‘mysteries and histories’ across the country, and has also presented in many other parts of the world, including America, Australia, Brazil, Peru, Denmark and several other European countries. Andy has given several thousand lectures over the years and has addressed a huge number of people in that time. See Events for dates of Andy’s forthcoming public presentations, and Lectures to see his available talks. 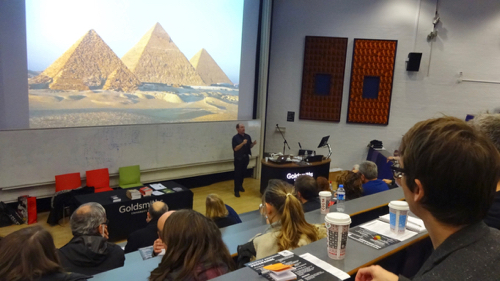 Andy’s presentations have brought often marginalised subjects into public venues to great success, and he regularly addresses both alternative groups and also established organisations such as The National Trust, U3A, the Women’s Institute, Rotary, Round Table and Probus, to name but a few. Andy speaks for audiences of all sizes, from intimate events to large conferences [Andy’s appearance at Goldsmiths, University of London, pictured.]

Andy is founder of the Changing Times truth and mysteries group in East Sussex and is also co-presenter of the celebrated Glastonbury Symposium, one of the UK’s longest-running alternative events. He is also an experienced keyboard player and wrote music with his co-composer David Swingland for many years, the best of which is available online. He still occasionally plays live with guitarist Phil Light after 35 years. Andy is married to the well-known psychological astrologer Helen Sewell.

Andy’s always balanced and perceptive views on unusual subjects have become widely respected for giving credibility to areas not generally given the coverage they truly deserve.

Explore the site to find out more about Andy and his work.

Go to Questions for Andy for an interview with Andy Thomas

Andy Thomas is one of the UK’s best-known researchers into conspiracies, unexplained mysteries and cover-ups, and is the author of many books, including The New Heretics, Conspiracies: The Facts – The Theories – The Evidence and The Truth Agenda. Andy’s renowned guide to crop circles, Vital Signs, was nominated for Kindred Spirit magazine’s Best Book award. He also writes on mainstream history and folklore and is well known for his book Christmas: A Short History from Solstice to Santa. Andy has given thousands of lectures in Britain and around the world over three decades and he is one of the organisers of the Glastonbury Symposium conference, the longest-running annual alternative event in the UK, which began in 1990. Andy has made numerous radio and TV appearances over the years, and mainstream spots have included programmes for the BBC, NBC, The History Channel and The National Geographic Channel, and he writes regularly for Nexus Magazine.

Andy in the media

Andy Thomas has made numerous radio, television and film appearances around the world over the years, including the following:

The Magic and Mystery Show (ITV)

Plus documentary appearances on:

Coast to Coast AM (US)

The Jim Harold Show (US)