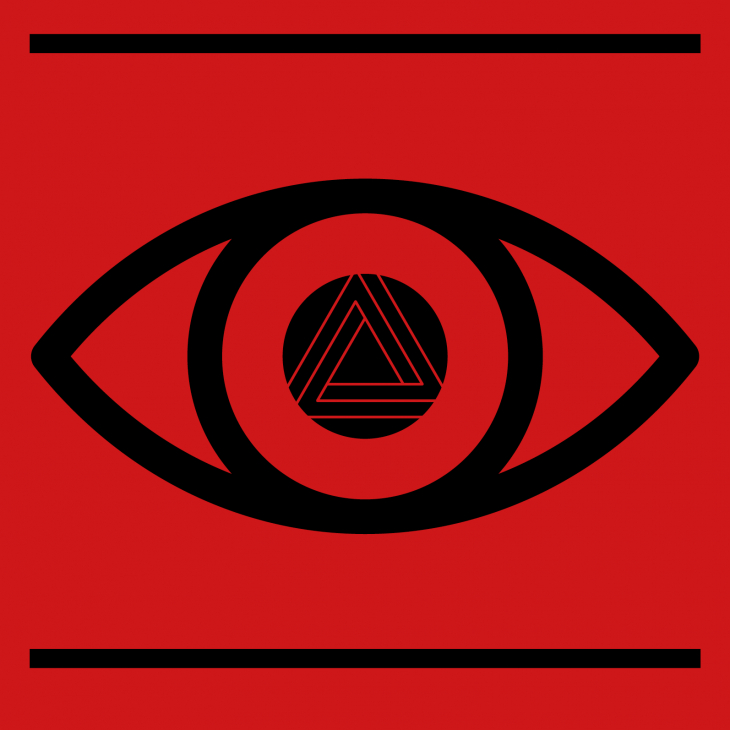 Andy Thomas’s book The New Heretics provides a bold and innovative insight into the now crucial issues of global polarisation, censorship of free expression and a wide and growing belief in conspiracies. How can we bring balance to the difficult debates of these times? This concise article encapsulates the key issues of the book and why it matters… 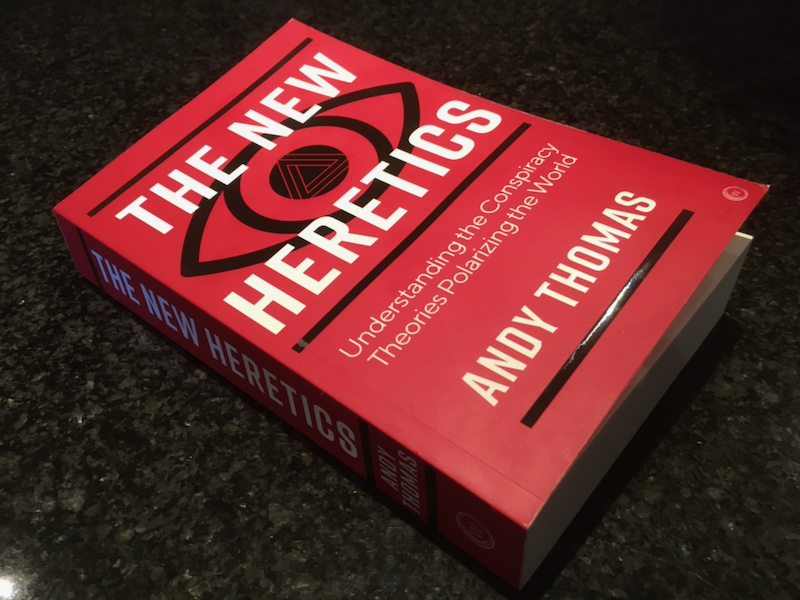 We live in a highly divided world. Everywhere we look, polarized views predominate, as each side shouts across to a demonised ‘other’, refusing to apply nuance nor making any attempt to understand why someone might have different opinions. This is illustrated most vividly by the accelerating standoff between ‘alternative’ approaches and establishment thinking, especially if it strays into anything that might be labelled conspiracy theory. This is creating a stream of ‘new heretics’ through suppression and bias. Is there another way forward?

Such polarization is not new, yet there has been a notable intensification and solidifying of outlooks in these disruptive times, as people sink into perilous echo chambers. The arrival of COVID-19 has tipped things into all-out war but also ripped apart truth communities themselves with clashes over the pandemic’s scale or very actuality – leading some to question the existence of objective truth in any area. Those who genuinely fear contracting the virus find themselves confronted by others who believe the panic is a falsification created to further global control agendas, compelling people to receive, as they see it, experimental vaccines with negative or at least unknown consequences. Middle grounders who accept there is a genuine plague but that its seriousness may have been exaggerated by accident or design are assailed or lobbied from either side. The ugly disputes have pushed apart ideological divides perhaps further than ever before. 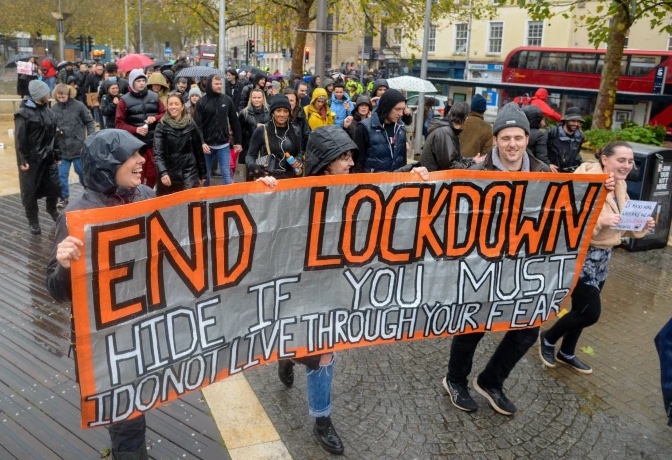 Unwisely, the response from authorities and the media to these debates has been to try to stifle them entirely. The rapid rise in online censorship and containment of free speech, which was already gathering pace pre-COVID, has now gone into harsh overdrive – all in the name of ‘protecting’ citizens. Those who question any aspect of what they are told to believe are branded ‘conspiracy crackpots’, crazed deniers or evil ‘anti-vaxxers’ and are deplatformed, deleted or unfairly portrayed as all being probable supporters of right-wing radical movements such as QAnon in the US. The far from insignificant level of conviction that the US election which toppled Donald Trump in late 2020 was a fraudulent exercise, and the historical invasion of the US Capitol which followed in January 2021, has seen conspiracy thinkers in general painted now not just as fringe eccentrics, but potentially dangerous insurrectionists. Yet there is often a high variance of opinion within the ‘truther’ world; many don’t want revolution but simply freedom of expression and movement within reasonable boundaries – boundaries which are not currently being respected.

Yet, the establishment’s censorious offensive is not resolving the problem. Denying people a voice does not make their opinions go away; indeed, it reinforces them, providing proof to doubters that they must be onto something if such oppressive measures have to be taken. Thus, the sizeable silenced minority harden their convictions and reach for ever more extreme measures to be heard, by bombarding message boards, mounting protests and distributing ‘inflammatory’ leaflets – which are then condemned even more loudly, in a vicious circle. 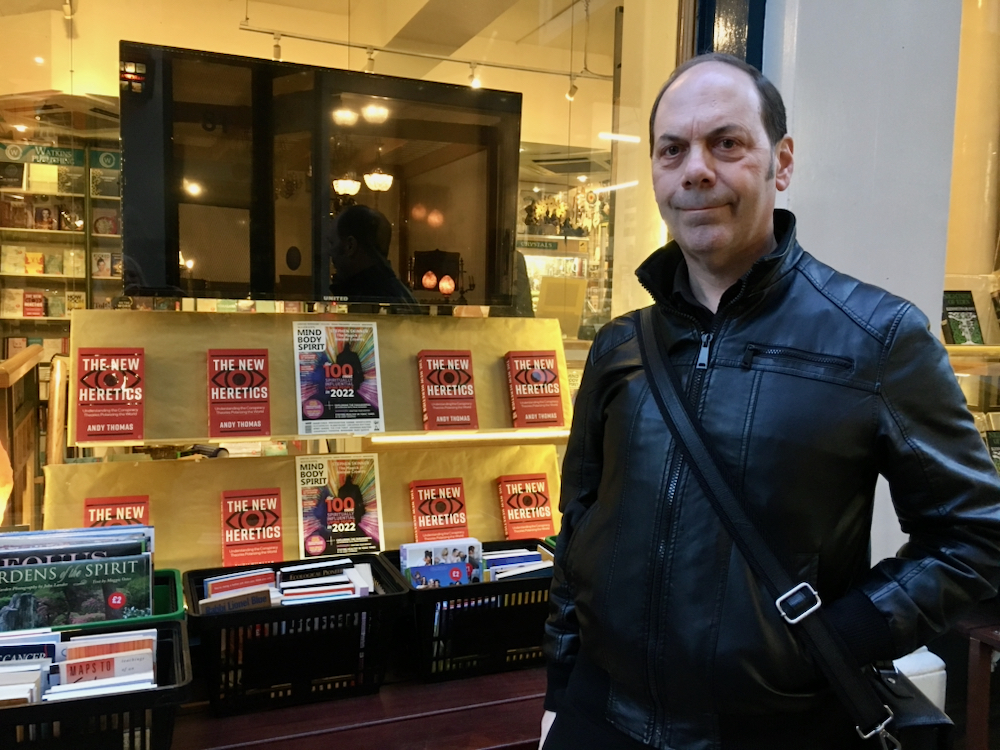 From the autumn of 2020, the gathering disenchantment and discomfort at this corrosive stand-off compelled me to begin writing the book The New Heretics; indeed, the growing desire to offer something more constructive towards the situation left me unable not to write it. With so few protagonists trying to bring useful light and shade into the seemingly unbridgeable rift between truth seekers and the mainstream, I felt that someone had to help set the ball rolling.

Subtitled Understanding the Conspiracy Theories Polarizing the World, the book’s pages reintroduce that lost art of nuance back into the equation and reach beyond the reductive psychoanalysis of sceptics to try to establish a genuine depth of comprehension as to why people become heretics. Regardless of the ultimate truth, for a healthy society we need to understand what makes some question everything from the pandemic to the safety of vaccines, 5G and other electromagnetic devices, as well as the truth of climate science, 9/11 and beyond – and why many believe there is a New World Order plan to manipulate the global population. The New Heretics explores precisely how and why the mainstream blocks not only these conversations but also inhibits discussion of seemingly harmless paranormal and esoteric areas such as psychic research and astrology. 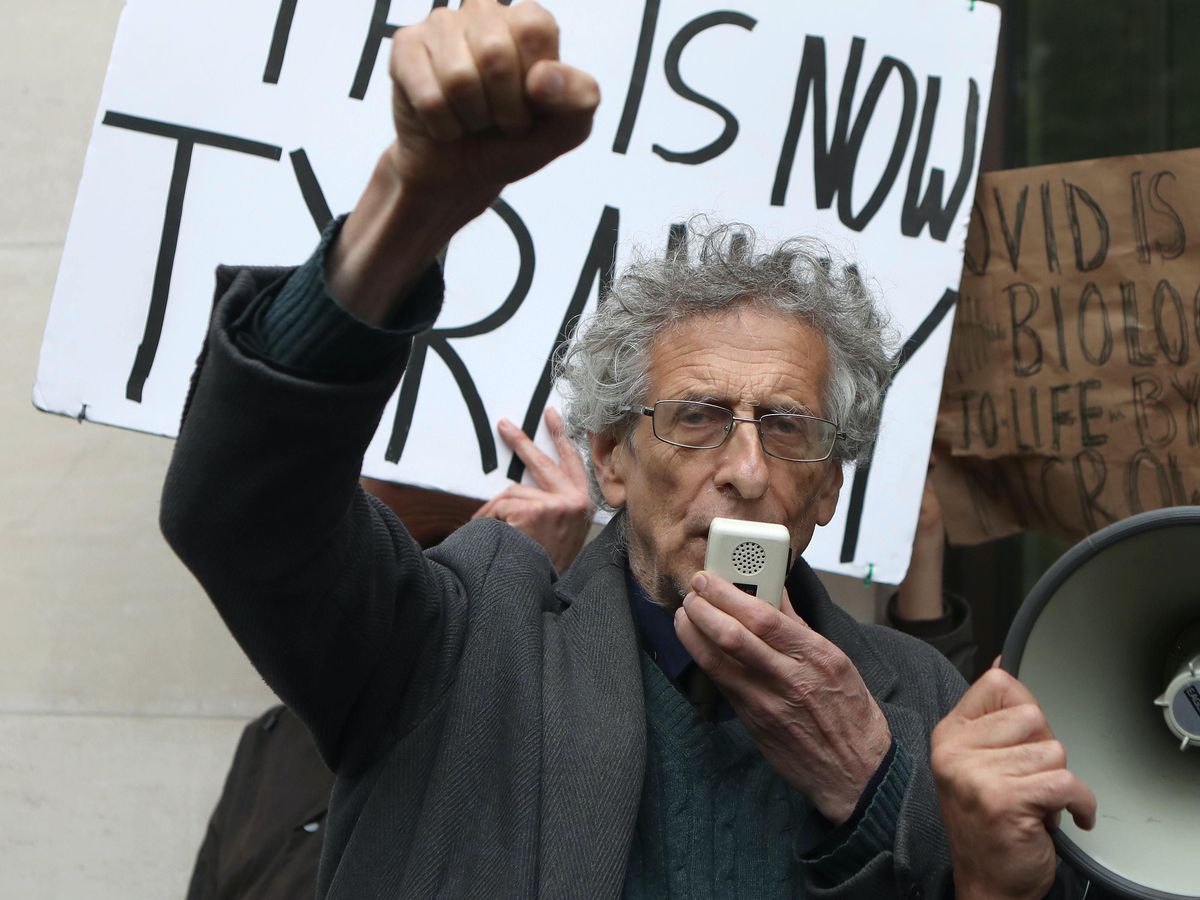 My work with truth and mysteries over the last three decades has – without getting tangled into battles over decisive certainties – always tried to get to the core of what the arguments are, why ‘truthers’ exist, why they have a right to exist, and why they are a growing phenomenon. By transcending the kneejerk media derision which fails to address the core roots of doubt towards officialdom – not least the evidence – and applying more compassion and tolerance, better ways of dealing with the potentially important issues being identified could be forged, even if the questioners’ views or methods are not subscribed to [Piers Corbyn, a campaigner heavily demonised by the media, pictured]. In turn, truthers must be encouraged to be more self-analytical, temper excesses and step back from the unhelpful blanket branding of their critics as all actively working for the ‘opposition’. Understanding why they are seen the way they are from the outside would aid, not hinder, them. 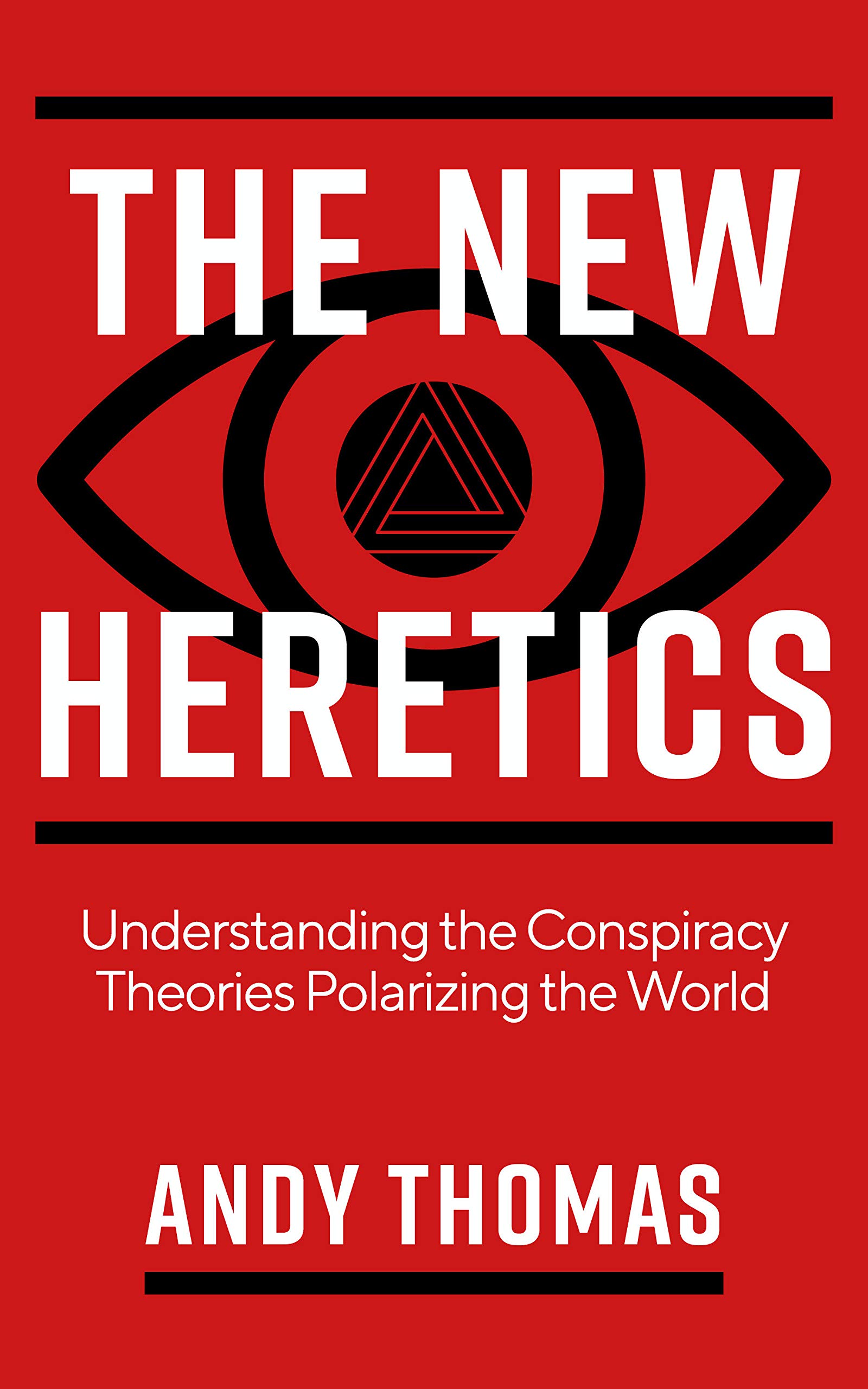 Although conspiracy thinking is its primary example, The New Heretics expands far outside of this to explore the broader phenomenon of how modern ‘reaction culture’ pushes everyone into unnecessary schisms in numerous areas of life. The establishment thrives on false stimulation, disorientating boundary-blurring and polarizing shock-horror stories which coerce our opinions and influence what we buy and do; they also keep us distracted from deeper issues. Recognising these patterns can be empowering and frees us from falling into polarity traps. The centralisation of information through digital technology, now the primary tool of reaction culture, has been at once a blessing and a curse and going forward into an ever-more technocratic society with a determination to keep knowledge available and truly unbiased will decide the very future of free expression. The realisation that we all play into such systems and that the divisions between the ruling ‘them’ and the rest of ‘us’ are not as gaping as we might like to think means that everyone bears a responsibility.

The New Heretics is not a polemic, but a challenging, groundbreaking and constructive way of looking anew at the dilemmas we face. It puts forward innovative methods of avoiding falling into division and lays out practical ways to establish where truth might reside, while allowing everyone on all sides to have a voice. Ultimately, most of us choose our truths based on probabilities rather than certainties; facing this uncomfortable reality and embracing it with ‘quantum thinking’ – the ability to temporarily hold an equal space for seemingly opposing ideas before deciding on a course – can be both enlightening and liberating. In sharing some of my own extensive experiences with negotiating differences between believers and sceptics in various alternative realms, I try to open doors which could offer far more than the current dire impasse allows. 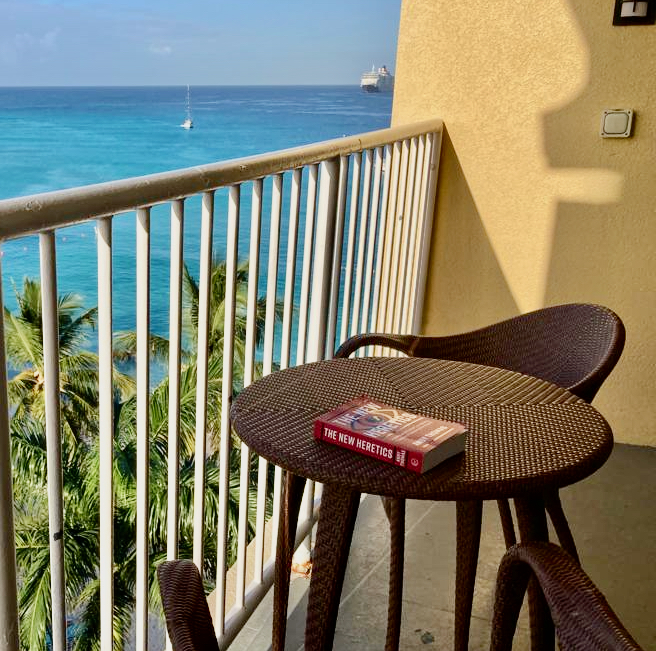 Both the persecuted and the persecutors on all sides could learn much from each other if the hatred, bias and false assumptions which always come with blind polarity were set aside. This aspiration is not impossible, as The New Heretics lays out. Doing it now, before the divide-and-rule consequences for freedom of not doing it become too great, would be the wiser choice.

Details of The New Heretics, with reviews and links to retail outlets, can be found here.