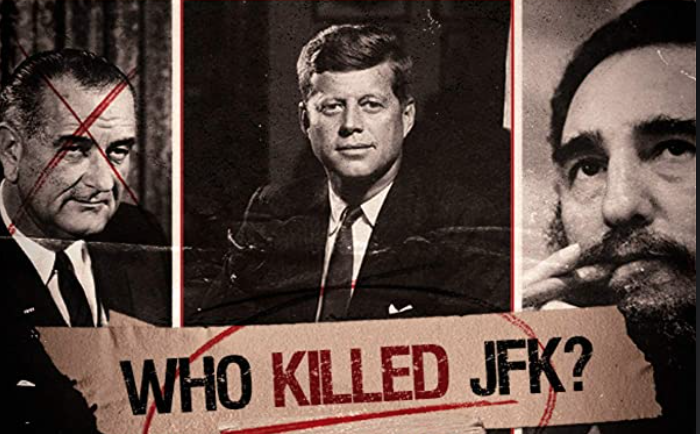 Andy is the main guest in a documentary on the controversies surrounding the assassination of John F Kennedy, now available on Amazon Prime…

This informative hour-long television programme, Who Killed JFK? – The Conspiracies, directed by Piers Garland, stars Andy discussing the unendingly fascinating conspiracy theories around the shooting of President John F Kennedy in 1963. Originally filmed in 2020, it has now become fully available to watch for anyone on the Amazon Prime platform.

The many anomalies surrounding the killing of Kennedy, which Andy writes about in his book Conspiracies, have never been satisfactorily resolved and have led to some of the densest investigations in history. Many arguments surround both the detail of what happened and the complex line up of people who have been accused – or even themselves claimed – to have been involved in the assassination. Whether the actions of a convoluted cabal or a major political inside job with larger implications, the fact is that a majority today believe that Kennedy was not killed by a lone fanatic – and his death changed the world.

Who Killed JFK? is worth watching for anyone wanting a useful summing up of the JFK disputes and makes for compelling viewing. Details and viewing options are available at: