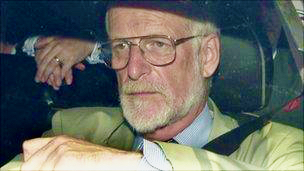 Andy recently gave an interview for the renowned Assassinations Podcast as part of a three-episode series on the mysterious and still very controversial death of UN weapons inspector Dr David Kelly in 2003 after the illegal war against Iraq, looking at the many anomalies of his claimed ‘suicide’…

As the name of the podcast (which Andy appeared on earlier in the year) might suggest, this excellent US-based show, presented by Niall Cooper, exposes details on unexplained deaths which might have been murders, as well as classic known assassinations.

When top UN weapons inspector David Kelly was found dead shortly after exposing lies about the ‘weapons of mass destruction’ which inspired Tony Blair and George W Bush to invade Iraq in 2003, the public were told it was suicide. Yet the very strange events around his death and the very dissatisfactory enquiry after have led a huge number of people to believe he was murdered by shadowy forces wanting to remove an awkward individual, as explored in Andy’s book, Conspiracies.

Andy appears as the guest interviewee in the third and final part of this Assassinations Podcast series, and all three episodes are well worth listening to, revealing just why the suicide verdict doesn’t make sense and demonstrating the ruthless tactics certain forces will resort to to keep uncomfortable truths hidden.

All three episodes can be found at: https://podcasts.apple.com/us/podcast/dr-david-kelly-part-1/id1375707023