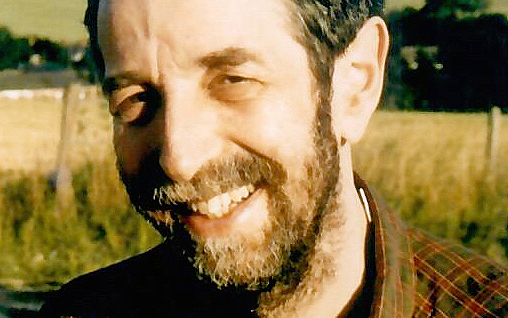 Andy Thomas enjoyed the friendship of crop circle researcher Michael Glickman for several years, working together on journals, conferences and more. This May ‘Glickers’ passed away age 78, and Andy shares a personal tribute to his achievements… 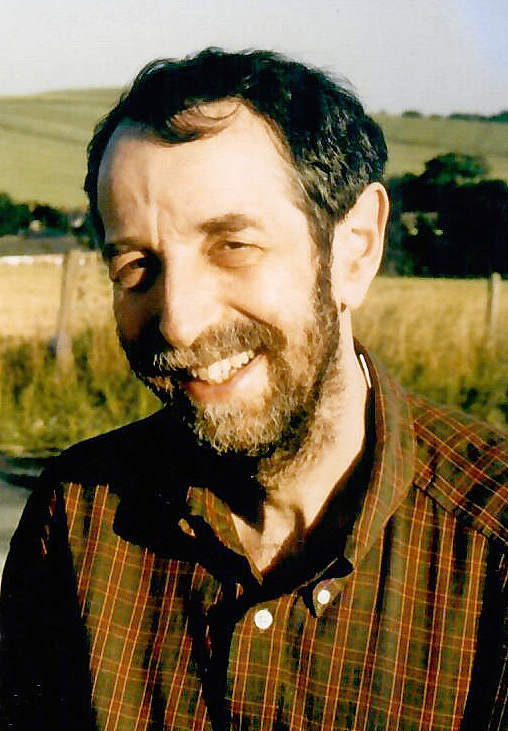 Michael Glickman, crop circle researcher, author and architect, passed away in May 2020, just days before what would have been his 79th birthday. Michael was renowned for his influential work with crop circle geometry, his books on the subject, his outspoken columns, and thoughtful and flamboyant lectures.

Michael was a key figure from the pivotal early 1990s onwards as a cereal justice warrior when struggles between sceptics and believers were at their height, eventually settling as one of the grand old men of ‘croppiedom’. He was both revered and reviled as he baited enemies in his take-no-prisoners battles against blind scepticism and any who besmirched the reputation of a phenomenon he held to be “radiant” and beyond mundane understanding. Standoffs with those he saw as charlatans were eased only slightly by the passage of time, and some were never sure about Michael’s motivation nor understood his refusal to compromise.

Human circle making claimants were an abhorrence to Michael and would be attacked or ignored. The crop designs he cared about were those he believed were from “upstairs,” or “the girls” as he would mysteriously say. This made him the target of trolling barely before internet trolling had been invented. It would be wrong to say Michael was never hurt by this, but it didn’t stop him fighting for his principles; if anything his acid and hilarious, though always intelligent, deconstructions of their bile kept him powered up, physically weakened as he was by his long-term MS. Happily, friends and supporters were more numerous than his foes. 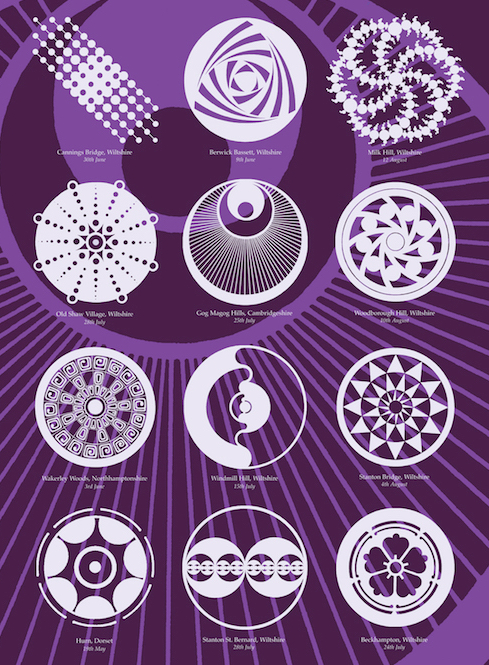 Crucially, Michael never lost sight of where that fiery conviction stemmed from, born of his extraordinary analyses of what made crop formations geometrically sublime, or not, observations which stand the test of time. His unique insights from a lifetime as a professional architect and his admiration of ‘futurist’ visionaries such as Buckminster Fuller enabled him to see the points of genius others might miss. The beautiful posters [one pictured] he created with designer Allan Brown still adorn many a wall and his 2009 book Crop Circles: The Bones of God was a long-discussed dream fulfilled after the promise of his modest but still insightful 1996 Corn Circles in the distinctive Wooden Books range (republished as Crop Circles in 2005).

After a two-year sojourn teaching in downtown Los Angeles, briefly rubbing shoulders with the likes of Hollywood stars Nicolas Cage and Jim Carrey, Michael returned to England with the title ‘Professor’ and his little cottage in the heart of Wiltshire’s crop circle country became a key stop-off point for many enthusiasts on their travels. He would make one and all welcome and hold court with visitors over tea in the way that only Michael could.

I first ‘met’ Michael over the phone in 1993 when he called out of the blue, starting years of several-daily conversations about everything and nothing. With his restricted mobility (not that this ever stymied him), the phone was Michael’s connection to the world and he would ring for a long discourse, rant, joke or single short observation, and you would listen because it was always worth listening to. On 9/11, he opened the call with “two planes have crashed into the World Trade Centre”: I waited for the punchline only to find there wasn’t one. With the horror unfolding as we spoke, I felt oddly comforted by his closing words that day: “Well, one thing’s for sure; the planes won’t be coming to Devizes or Cooksbridge” (our old homes) – even if the consequences for freedom would be.

There were two big Michaels in crop formation research; Michael Green of the Centre for Crop Circle Studies (CCCS), and Michael Glickman. Though at opposite ends of the scale in terms of attitude and style, I somehow found myself working with both of them at various times (see my tribute to ‘Greenie’ here). The Glickman version first got in touch because he had read a slightly mischievous report on a CCCS meeting which I had written in the Sussex Circular (or SC as it would become), our monthly and mouthy little stapled booklet which sold 500 copies per edition at its height (a bestseller in the croppie world). Our sceptic-baiting stance clicked with Michael who, increasingly isolated from his often embittered fellow elder statesmen, needed fresh young allies like us. So in May 1995 he jumped ship from writing for The Cerealogist magazine, now riven with internal conflicts, and joined us. His Cornography column and subsequent Voice of Reason posts (title a deliberate provocation) when we went online as Swirled News are pure gold; clever, cantankerous and numinous all at the same time. Some of his printed and online contributions are preserved in his 2007 compilation book Cornography.

As our relationship with ‘Glickers’ progressed, I was drawn into the annual Glastonbury Symposium conference, of which he was a key fixture in its earlier period, one of the event’s ‘elders’, giving backroom advice as well as being one of the weekend’s stars. We were close for that decade: a memory I cherish is actually driving into the infamous Oliver’s Castle ‘snowflake’ pattern of 1996 (a much-debated video shows it appearing) in a car with Michael and Patricia Murray. The farmer, friendly with Michael, had cut a vehicle-friendly strip into it, allowing a rare and wonderful physical visit to a formation for someone very connected to the phenomenon but without the strength to walk too far. [I took the picture of Michael seen at the top of this page that day.] 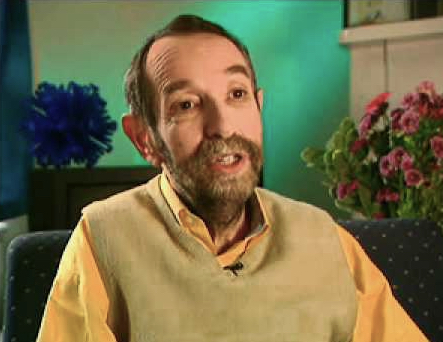 Eventually, time moved on and factions within the circle community moved Michael on with it and we drifted, but occasional phone calls continued and my admiration remained. He continued lecturing, analysing, writing and annoying people in all the right measure. Michael had an incredibly stubborn consistency; he was a Taurus after all (something we had in common). His final article, posted online in September 2019, followed the same themes he had been exploring for 30 years – wonder at the beauty and mathematical complexities of the crop circles and fury at those who denigrated them.

Just weeks after that last expression Michael stated to friends that he was intending to move back to London to be with his family, to leave behind the circular heartlands that had given him so much. He died peacefully on 1st May 2020 with his three beloved sons next to him. He was one of the true larger-than-life characters of the crop circle world, for all his ambiguities, and will be missed. We shall indeed not see the like again.

Sceptics have reportedly been crowing at Michael’s passing: cruel but telling. He will no doubt be responding in kind somewhere up above.