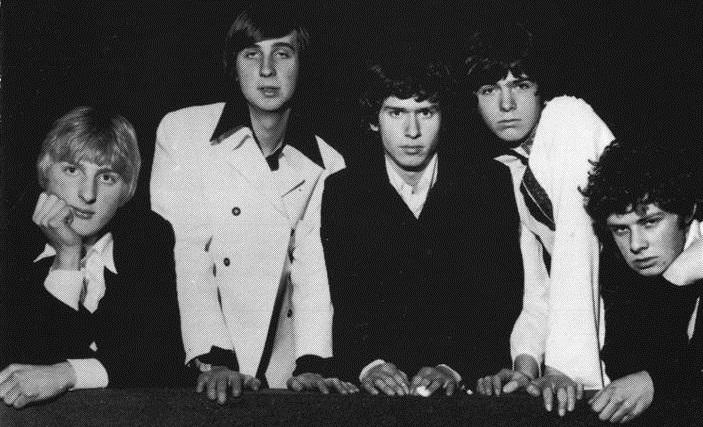 Genesis the rock band, that is. Before entering the world of mysteries and conspiracies research, Andy Thomas was a songwriter and regular gigging musician, and wrote for arts magazines. One of his early inspirations was the rock band Genesis, and the website of one of its founder members has just published a new article by Andy celebrating 50 years since the band’s very first album…

Rather different from his usual subjects today, Andy’s article From Genesis to Revelation – 50 Years On, celebrates the first Genesis album, written and recorded in 1969 while some of its members were still students [pictured]. Whilst very much a prototype production, the record began a long and much-celebrated career and is worthy of further discussion for any music aficionados out there. The article was published on the album’s 50th anniversary, 7th March 2019, and can be read on the website of founding guitarist and musical genius Anthony Phillips (picture, far left) at:  www.anthonyphillips.co.uk

If you prefer to read the article in German, however, there is also a translated version available on the German fan site genesis-fanclub.de.  (Thanks to Christian Gerhardts.) 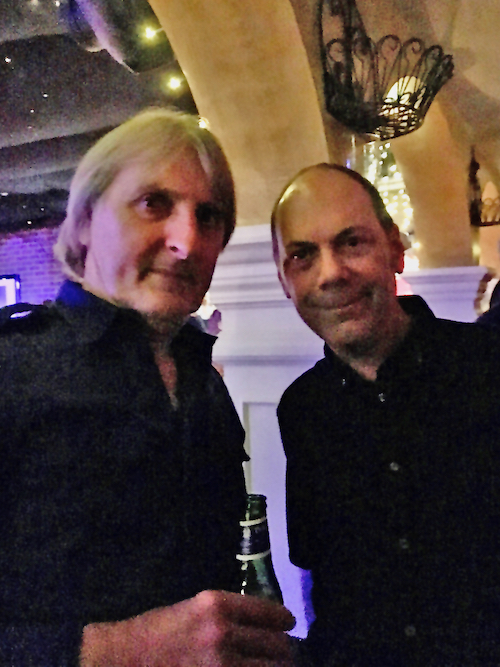 Andy was lucky enough to meet and chat with Anthony Phillips at a tribute gig to his work in November 2019 [pictured], and he would like to thank Jonathan Dann and Anthony Phillips for their help in preparing and sharing the article. Genesis are effectively retired as a recording outfit today, although a final live tour is planned for late 2020 and some of the individual members also still tour, as their legacy continues to command massive respect, hence this celebratory article.

Andy still occasionally gigs as a keyboard player (with guitarist Phil Light), and his interest in music remains strong. While fully acknowledging some of the darker side of the music business (see DJ Mark Devlin’s writings for more on that), there’s no question that in its best expression rock music can be inspirational and illuminating. Andy says: 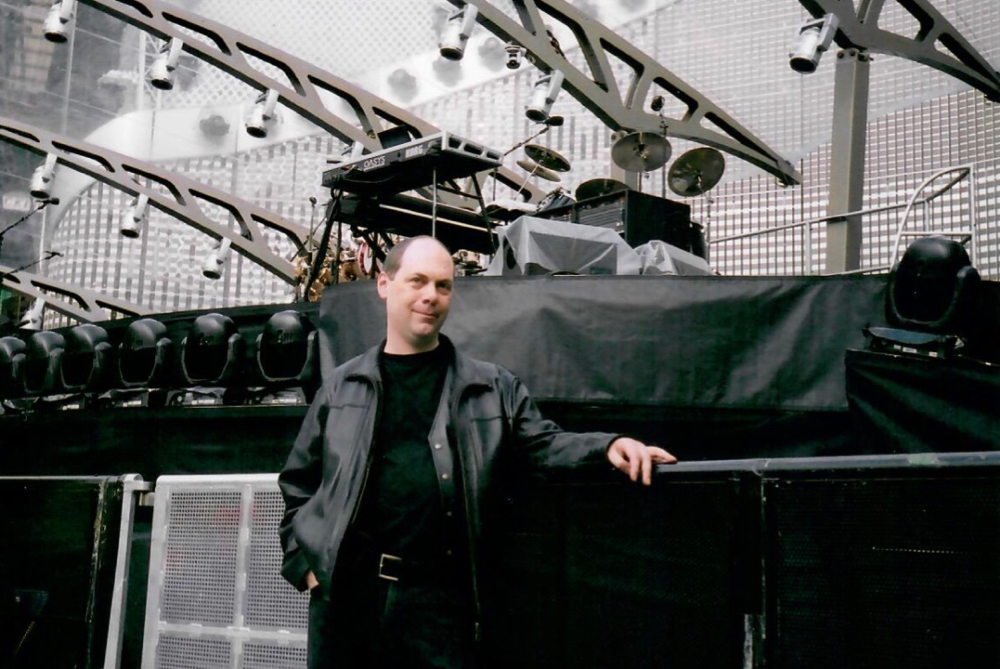 “My creative juices were first sparked by hearing Genesis [Andy pictured next to the band’s rig for their 2007 tour]. They were often derided in the music press, unfairly in my view, yet they gathered a huge following both for their earlier widescreen musical epics and for their later more power pop-orientated style. Hearing their 1973 magnum opus ‘Firth of Fifth’ when I was a teenager started me playing the piano, as it inspired me to try to pick out the tune as an absolute beginner. That simple act led me to begin a lifetime of playing keyboards and making my own music, which in turn then gave me good experience with public performances and the art of creation; these would eventually prove to be crucial tools when the world of writing and lecturing came my way. So, thank you Genesis.”