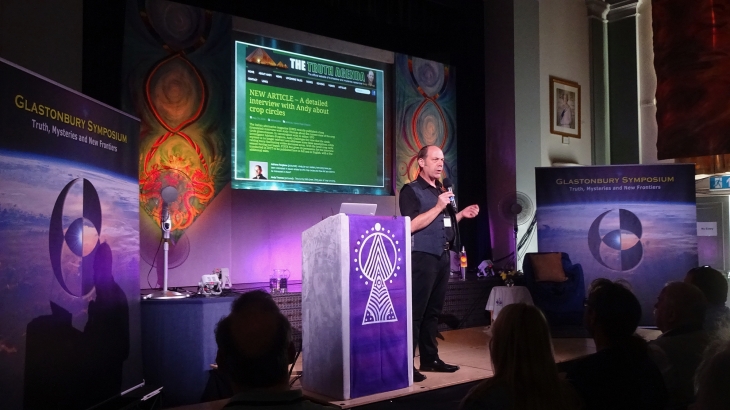 Over the last 28 years or so, Andy has given over 3000 lectures and made several television appearances. Some of these, previously unavailable, have now been uploaded to watch online… 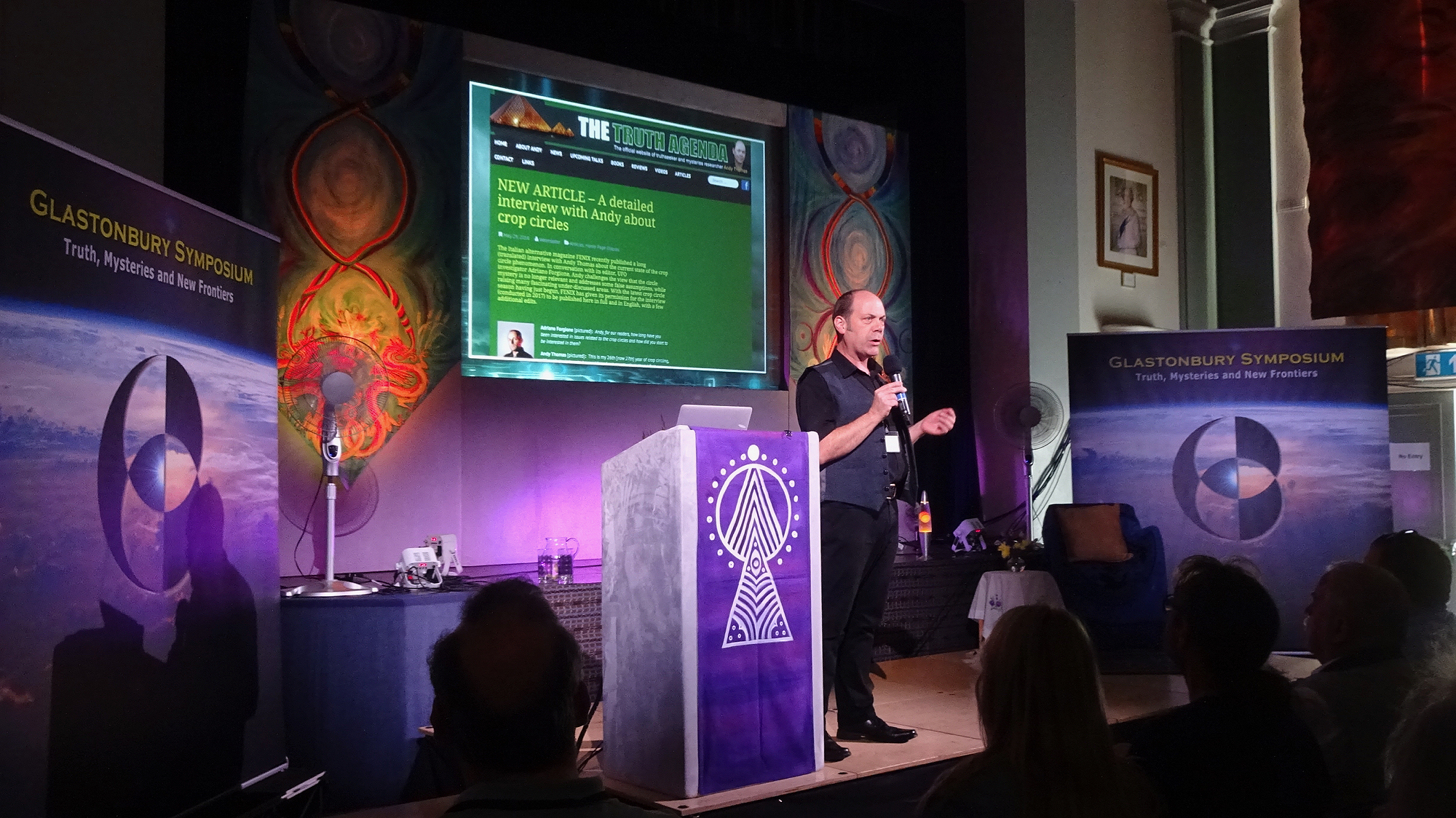 One happy side-effect of the Glastonbury Symposium having just revamped its YouTube channel and its Videos page is that many of Andy Thomas’s past annual lectures there have now become available to watch online!

The best of these presentations have now been gathered on our own Videos page, together with a couple of Andy’s TV appearances which have recently surfaced on YouTube. In amongst some old favourites (Andy’s lecture A Conspiracy History of the World is now approaching a million views), on this page you will find some new gems inserted there, roughly in year order, making for a fascinating record of some of the narrative threads Andy’s work has followed over the years.

The uploaded TV slots include his recent Vice Media interview on crop circles, which has been very widely viewed, and one of his very first mainstream TV appearances, on Channel 4’s renowned 1997 show For the Love of Lunar Conspiracy, where he even has hair.