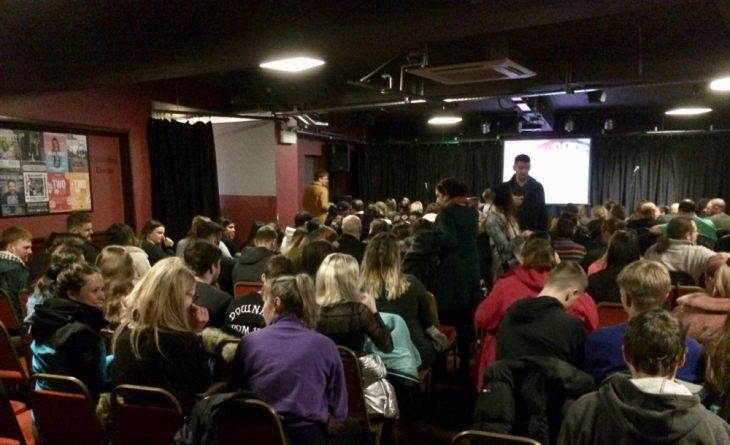 The dates for Andy’s upcoming public talks for 2019 are now available, and include several more major cities across the UK… 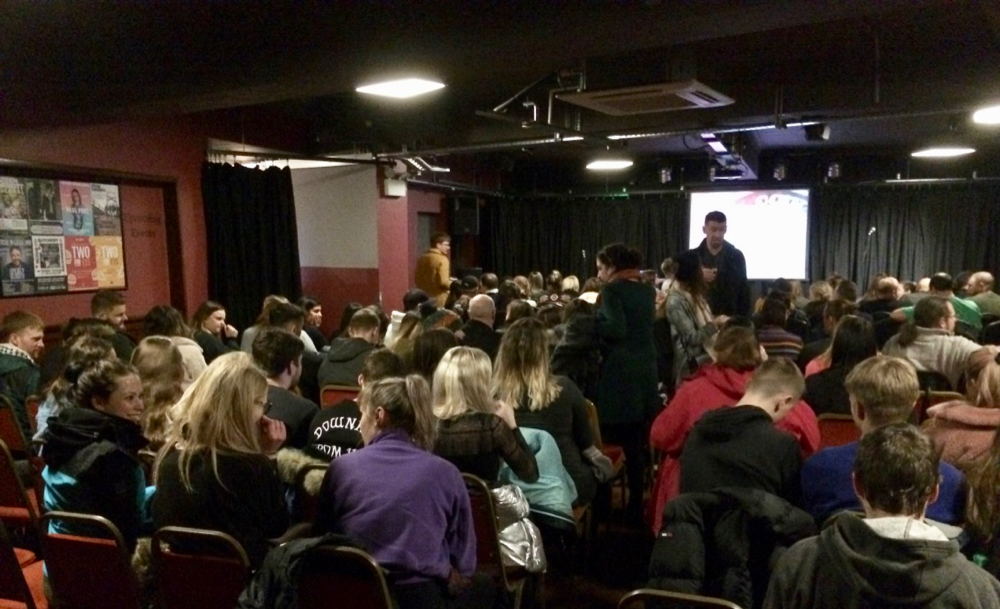 Andy gives many lectures to all kinds of groups each year, many of which are members-only events. However, some are gatherings which are open to the public and are openly advertised and promoted. The booked 2019 dates for these events (with more to be added) have now been added to the Upcoming Talks page on this website – take a look.

Many of these presentations are currently for the ‘Funzing’ group [pictured]. Funzing organises events across the UK and attracts large attendances. Last year Andy successfully toured several major cities with his Exploring World Conspiracy Theories lecture and this recommences in 2019 with Brighton on 25 February, followed by dates in Liverpool and Leicester. A new tour, Investigating Paranormal Mysteries and Cover-Ups, then begins in Bristol and London in April, but the conspiracies talks will continue elsewhere too. See the page for all the dates.

Meanwhile, Andy will also be giving the new paranormal talk for the TruthJuice group in Birmingham in March, while in April both he and his wife, psychological astrologer Helen Sewell, will be leading a whole five day residential seminar of presentations and workshops for the Lynwood Fellowship in Yorkshire!

Andy speaks widely across Britain, and sometimes other countries, so keep an eye on the Talks page to see if he will be coming your way soon.  New dates are continually added to the list throughout the year and the different subjects for each talk are clearly denoted.

Andy is one of the UK’s most prolific speakers in any area of study, and he has given over 3000 talks across his 28 years of lecturing on ‘mysteries and histories’.  He hopes to see some of you at one or some of his talks this year.