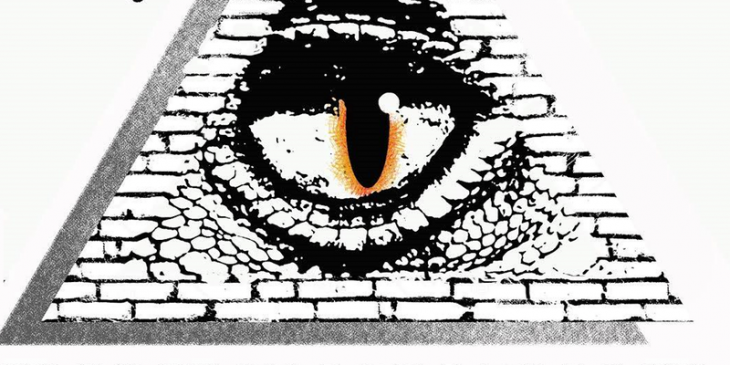 The official description for the day read:

“Whether it’s government cover-ups of UFOs or faking of the moon landing [sic], the royal family being reptiles or the New World Order, conspiracy theories have long fascinated the public.

Seriously Suspicious is a packed one-day conference on all aspects of conspiracy theories.  Bringing together speakers who are sceptics and believers, academics and lay researchers to try to shed some light on this most interesting of phenomena.”

Presented by well-known sceptic Professor Chris French, with other academics such as Karen Douglas (not the crop circle one) and Christopher Thresher-Andrews, and organised by ASSAP (Association for the Scientific Study of Anomalous Phenomena), this event was an attempt at a balanced analysis of why people believe in conspiracies and the paranormal. While the usual picture of psychological traits and tendencies being responsible for most such beliefs was presented by the sceptic camp, Andy put the case for the defence with a presentation that looked at some of the actual evidence to justify why many people simply cannot accept mainstream dismissal of unexplained phenomena and conspiracy theories.

Without looking at the evidence, Andy argued, it is not possible to understand why so many people are drawn to question the status quo. Psychological profiling can explain some reasons for believing in certain things, but not all; hard evidence sometimes provides very real grounds for doubting official explanations. Using examples such as the Dr David Kelly affair and 9/11, as well as some of his own experiences with the many witnesses to ghosts and UFOs, Andy made a plea for less sweeping judgements on so-called ‘alternative’ views and called for more open-mindedness.

Other speakers included truthseeker Ben Emlyn-Jones, who provided a telling account of how medium Helen Duncan was openly persecuted in the courts for accurately tuning into otherwise completely secret events during World War II, and journalist Tim Tate provided a compelling case that Satanic Ritual Abuse is a very real phenomenon, as backed up by the British justice system – something denied by Professor French.

The day, held in the modern Ian Gulland lecture theatre in Goldsmiths and attended by many students and other visitors, was a useful coming together of two sides of a debate and the organisers should be praised for facilitating it. More such events, perhaps with a little extra time for open debate between the audience and speakers, should be encouraged in future in the hope that a few new bridges can be built across what is often too wide a divide. Both sides can be equally prone to tunnel vision, and broadening views and properly understanding the reasons for why people hold certain beliefs would be more profitable than continuing what has otherwise been an ongoing and difficult stand-off so far…