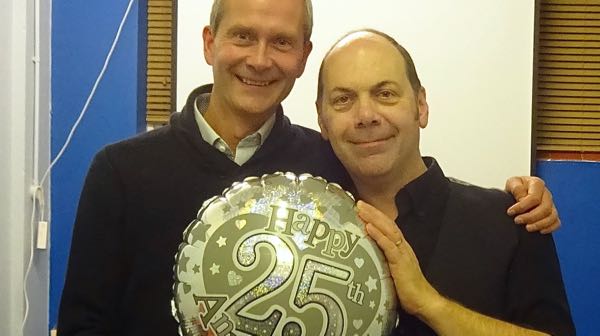 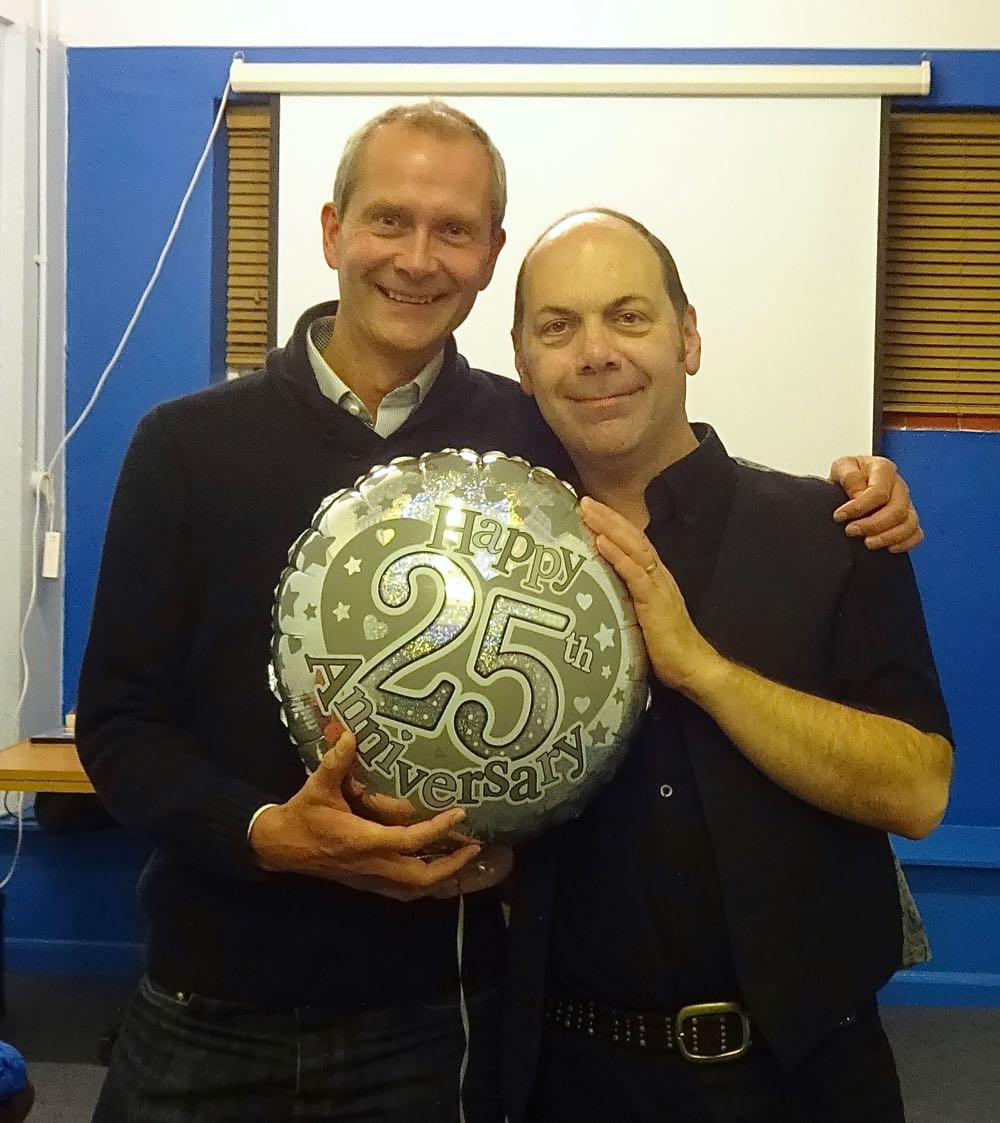 Pictured here with Andy is Barry Reynolds (left), who first brought together the group which would become Changing Times and who made a welcome return visit for the 25th anniversary meeting, which saw Richard Smith discussing the themes of his book A Future World Vision and some chocolate cake being shared!

Changing Times began as gatherings dedicated to crop circles and related matters in 1991, as the Sussex branch of the Centre for Crop Circle Studies (Southern Circular Research), but expanded over the years to organise lectures on many different truth and mysteries topics, helping to launch the presenting careers of well-known truthseekers and researchers such as Ian R Crane and Geoff Stray along the way, as both gave their first proper talks for what is now known as Changing Times. The likes of David Icke and other prominent speakers have appeared at some of its bigger occasional special events.

For many years the meetings were held on a monthly basis, before becoming bi-monthly lectures between March and November each year. The friendly atmosphere and discuss-anything ethos still prevails, with each lecture preceded by Andy chatting through current affairs from the ‘alternative’ angle.

Changing Times still meets in the same venue at Burgess Hill, West Sussex (The Scout Centre – chosen because of Barry’s former connection as a scout leader), and details can be found at www.changingtimes.org.uk.

If you haven’t got down to a Changing Times lecture yet, come along and find out why it has lasted 25 years! 2017 dates will be announced in the New Year.