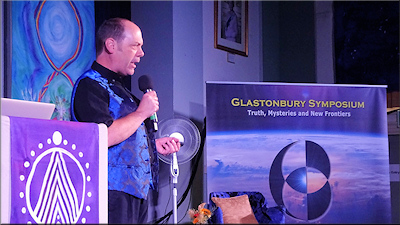 If you remain concerned about the after-effects of the ‘Brexit’ vote, or were overjoyed but are still dealing with fallout from family and friends over differences of opinions, Andy’s recent talk at this year’s Glastonbury Symposium – now free to watch on YouTube – may help…

Following the widely-read articles on this website, Andy decided to make the deeper background to the vote for Brexit the theme of his annual lecture at the renowned Glastonbury-based conference, and it has been praised for giving historical context and helping to heal some of the fake societal divisions that the Brexit vote has been used to create. The presentation, Brexit: Surviving the Shock of the New, has been selected as this year’s free-to-watch video and is now available to view at https://www.youtube.com/watch?v=tHtV9_2UrtQ&feature=youtu.be – or just here below!

The accompanying text for the video describes the content:

“Recent political shifts have been seismic, with Britain voting for ‘Brexit’, beginning the process of leaving a shaken EU, while America prepares to enter a whole new era of uncertainty under new leadership and the world shifts uneasily around these things. The sudden change of so much that has been familiar and solid, if not desirable, is leaving many people feeling disorientated and uncertain of their place in this new landscape. Andy looks at the deeper historical reasons why Brexit was voted for and questions some of the assumptions being made about it, seeing how we can best thrive in this altered landscape and avoid some of the classic divide-and-rule tactics being played on all of us along the way…”

[All other presentations from the 2016 Symposium are also available to watch, for a small pay-per-view fee, at: http://www.glastonburysymposium.co.uk/videos.html]