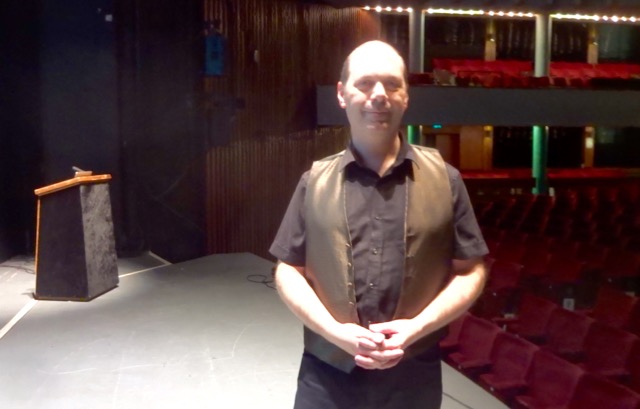 On March 21st 2016 Andy made one of his periodic appearances at Eastbourne’s famous Congress Theatre for the Ashridge Circle lecture series, giving his presentation ‘A Conspiracy History of the World’ to around 1200 people.

Andy says: “It’s always a pleasure to speak at the Congress, and it’s nice to have the chance to share information on ‘harder’ subjects to large audiences that wouldn’t usually get to hear about this kind of thing through a media closed to so many important areas. Many audience members said afterwards that they were going away with a lot to think about, and that’s the main point of giving these kinds of lectures. People may not remember the detail, but they will retain an impression, at least, that perhaps they are not being given the whole story via the usual channels after all. The hope is that this will eventually feed into the collective conversation and make a positive difference somewhere down the line…”

Andy gives ‘mystery and history’ lectures to many different organisations. If you would like him to speak for a group or organisation you are connected with, see his Available Lectures page.