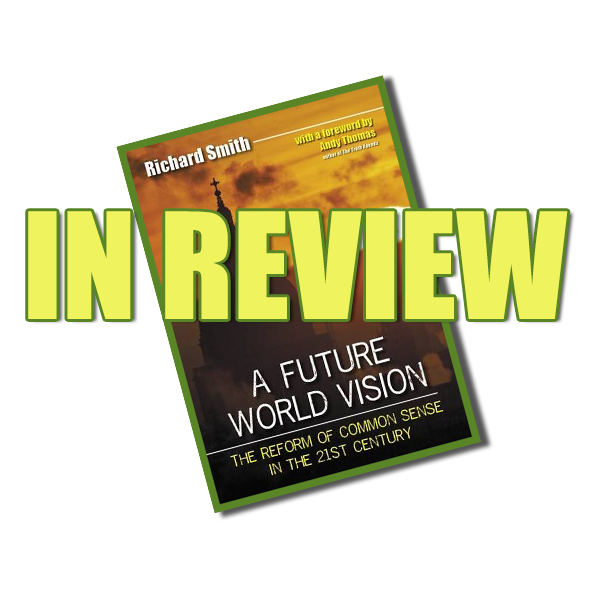 Richard Smith’s book A Future World Vision, edited by Andy and published by his Vital Signs Publishing company, has received two more positive reviews in recent weeks, some extracts from which follow:

“Our political, economic and social systems are in need of urgent reform and need a dose of common sense to fix the problems, says UK author Richard Smith, whose ophthalmology career has taken him around the world and helped him see the big picture in geopolitics… Smith also explores shifts in consciousness and spirituality, the implication of ETs in our midst, free energy alternatives and a path of truth where we develop fresh thinking towards establishing ‘genuine community’… An insightful guide to addressing our seemingly intractable situations” – NEXUS MAGAZINE

“The modern world is at a crossroads.  There have been momentous developments in terms of science, medicine and technology, and a sophisticated approach to human rights and democracy, but clearly there are now major systemic problems…  Richard Smith proposes how a better future could be forged.  He presents a case that sensible changes on the individual, collective and political levels can transform our culture for the better.  It is easy to talk in generalisations or with grand revolutionary flourishes, but Smith avoids such pitfalls and looks at the means to bring about real transformation by suggesting common sense reforms…  ‘A Future World Vision’ is a timely and insightful guide to 21st century dilemmas, offering a new approach to politics based on ethics and cooperation” – NEW DAWN

Several five-star reviews can be found on its Amazon page here. More details and author-signed copies of the book are available from Vital Signs Publishing here.